The Montefiore Institute was founded in 1883 by Georges Montefiore-Levi, engineer from the same university, industrialist, politician and patron. 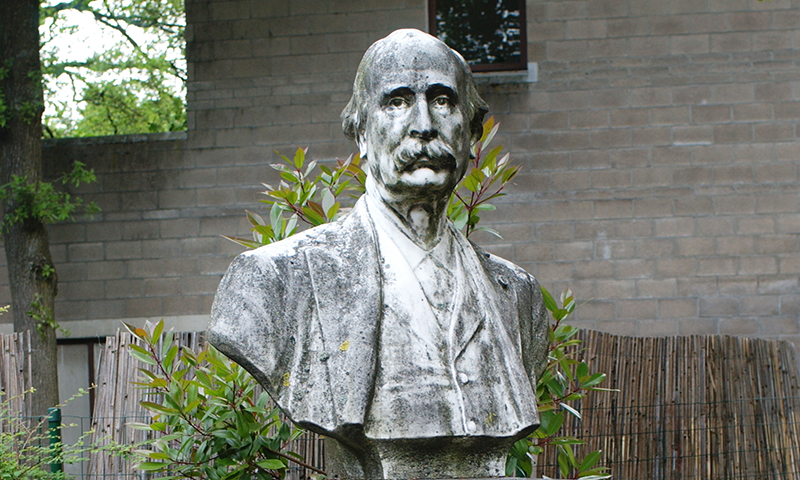 n October 1883, Georges Montefiore created an electrotechnical section within the École des Mines of the University of Liège. This discipline was rarely taught at the time and it was only when George Montefiore returned from the 1881 Paris International Electricity Exhibition that he became convinced of the need to create a separate section. Initially, it occupied the botanical audience of the university's central building (Place du Vingt-Août). The section was immediately very successful and in 1891, he obtained from the Belgian government the provision of spacious premises at 33 rue Saint-Gilles, until then occupied by the École Centrale. Having made his fortune thanks to a patent on the manufacture of phosphorous bronze, widely used in the nascent telephone industry, Georges Montefiore made a major donation to equip the new institute. In 1902, he even had a large auditorium built, a replica of Faraday's in London and various ancillary buildings. The first electrical engineering course in Liège was given by Frédéric Delarge in 1880, but he was too busy with his position as Director General of Telephony and Telegraphy Services. It was Éric Gérard (1856-1916), who graduated in 1878 and had been a lecturer since 1881, who was the Institute's first Director. Omer De Bast (1865-1937) succeeded him after the First World War.