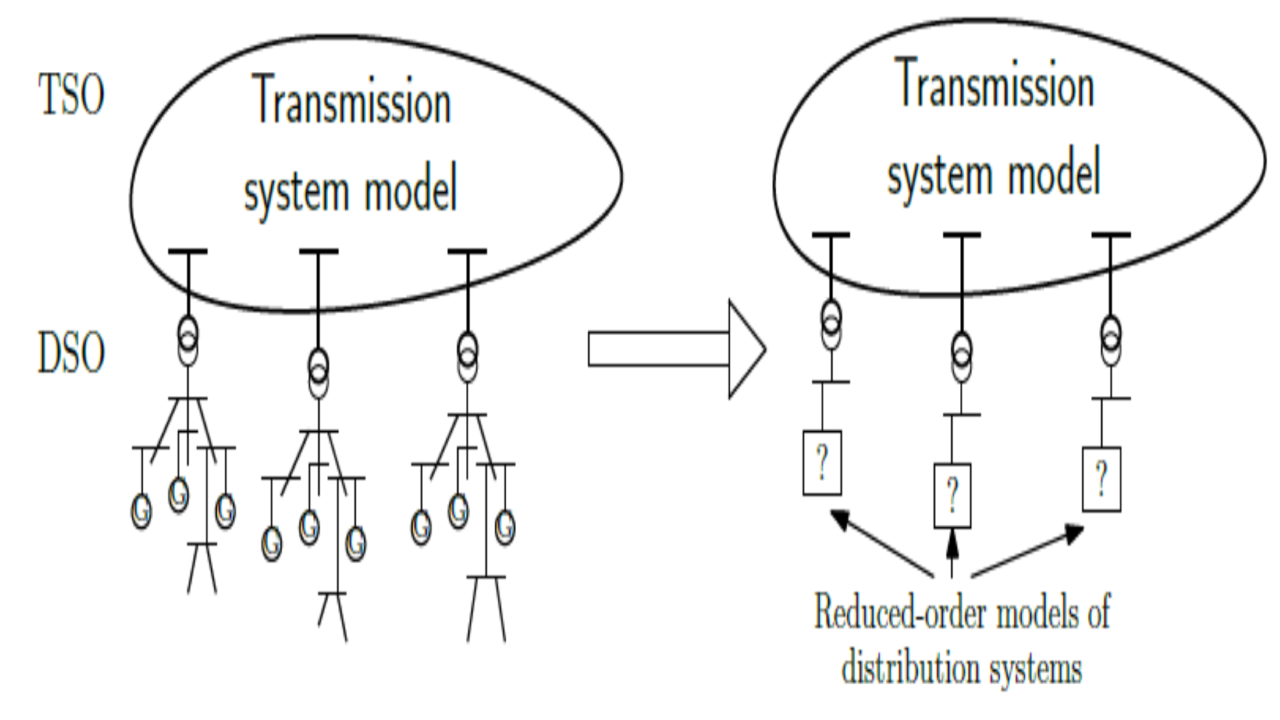 Distribution systems are getting more and more complex owing to the increasing number of Inverter-Based Generators (IBGs) connected at Medium-Voltage (MV) level. This makes distribution networks more and more responsive and their influence on the whole power system dynamics increases. Therefore, it becomes important for Transmission System Operators (TSOs) to model those Active Distribution Networks (ADNs) in their dynamic studies.

First, this thesis deals with the derivation of reduced-order, “grey-box” models of ADNs, intended for dynamic simulations of the transmission system. The ADNs are assumed to host IBGs as well as static and motor loads, whose dynamic parameters are affected by uncertainty. This latter issue is addressed using Monte-Carlo simulations. The parameters of the equivalents are adjusted to match as closely as possible the average of the randomized responses, while their dispersion is accounted for through the weights of the weighted least-square minimization. A procedure is used to remove from the identification the parameters with negligible impact. To avoid over-fitting, the equivalents are tuned for multiple large-disturbance simulations. A recursive procedure is used to select the smallest possible subset of disturbances involved in the least-square minimization.

Next, the methodology is extended to account for changing operating conditions. This consists of testing the accuracy of a set of previously derived equivalents, and updating the best of them if its accuracy is not satisfactory. In order to update the equivalent with minimal effort, an approach minimizes the number of parameters to update. In most cases, the results coincide with expectations coming from “engineering judgment”, involving the adjustment of a (very) small subset of parameters.

Finally, a new application for a Battery Energy Storage System (BESS), connected at distribution level, is proposed. Its active and reactive powers are controlled such that the net power entering the distribution network matches the response of the available equivalent to large disturbances in the transmission system. The response of the equivalent is simulated in real time. This would allow using with a higher guarantee of accuracy the equivalent model in dynamic simulations of the transmission system. The BESS is supposed to be connected at the main substation of the distribution grid and its control does not use any model of that grid.

All simulations reported in the thesis have been carried out on three ADN test systems with different characteristics, one of them being derived from an existing distribution grid. The tests involve large disturbance scenarios that trigger nonlinear, discontinuous responses of IBGs and loads.